Here at the History of Parliament, we have two exciting conferences coming up in 2014 and 2015. Here’s news of the first one:

The History of Parliament Trust, in association with the Pears Institute for the study of Anti-Semitism, Birkbeck  College, University of London, is convening a British Academy conference on ‘Parliaments and Minorities: Ethnicities, Nations and Religions in Europe, 1848-1948’ in May 2014. 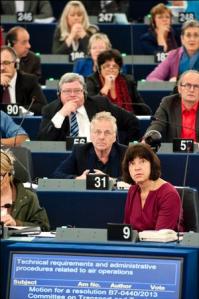 From the revolutions of 1848 to the beginning of the Cold War, nationalist and minority movements within the complex ethnic map of Europe have interacted with democratic political forces, stretching the various rules and conventions of parliamentary systems – historically created by the aristocratic elite – to breaking point. This conference will explore the rise and impact of nationalism on parliaments and political organisation. It will also examine the collective experience of a continent in how to resolve, or fail to resolve, cultural oppositions through institutional means.

On Tuesday evening (13 May) there will be an open panel discussion on ‘Nationalities and Parliaments now: What can we learn from the past?’ This session will compare the challenge of nationalist movements to parliamentary systems in the late 19th and 20th centuries to the current challenges faced by democratic institutions, such as economic crisis, stresses caused by refugee movements and a collapse in the perceived legitimacy of many political systems.  Speakers include Professor Tim Bale, Chair in Politics at Queen Mary, University of London;  Professor Robert Hazell, Director of the Constitution Unit, University College, London;  Professor Simon Hix, Professor European and Comparative Politics at the LSE and Dr Gwendolyn Sasse, University Reader in the Comparative Politics of Central and Eastern Europe, Nuffield College, Oxford.

2 thoughts on “‘Parliaments and Minorities’ conference in May 2014”