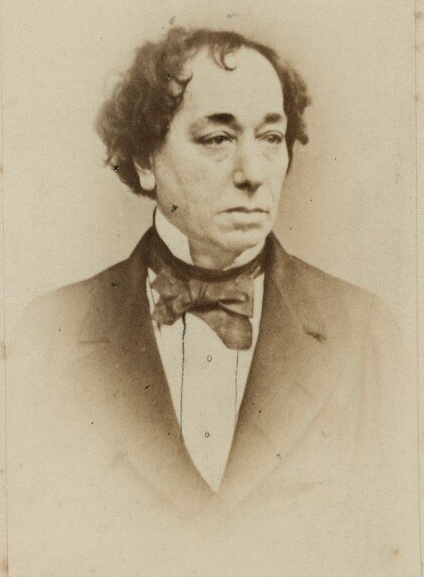 Today marks the 150th anniversary of the passing of the Election Petitions and Corrupt Practices at Elections Act, an important part of the electoral reforms which had begun with the Second Reform Act of 1867. Dr. Kathryn Rix of our Victorian Commons project explains why and how Benjamin Disraeli’s ministry aimed to tackle the problem of bribery and corruption at mid-Victorian elections. On 31 July 1868 … END_OF_DOCUMENT_TOKEN_TO_BE_REPLACED

Dr Kathryn Rix, Assistant Editor of the Commons 1832-1868 Section continues with our blog series to commemorate those MPs who died during the First World War. Today we remember Francis Bennett-Goldney, MP for Canterbury, who died on this day, 1918… Francis Bennett-Goldney was one of three MPs or former MPs who were in their fifties when they died while on military service during the First World War. He did … END_OF_DOCUMENT_TOKEN_TO_BE_REPLACED

Today marks the 60th anniversary of the announcement of the first life peers after the passing of the Life Peerages Act, 1958. This Act also allowed women to sit in the House of Lords for the first time so this blog is July’s installment of the Women and Parliament series. We are delighted to hear from guest blogger Dr Duncan Sutherland, a historian who has worked on women … END_OF_DOCUMENT_TOKEN_TO_BE_REPLACED

As Parliament continues to debate Brexit, Dr Paul Hunneyball of the Lords 1604-29 section examines how the House of Commons first won the right to influence policy towards Europe… The scenario might seem familiar: a government deeply divided over the future direction of Britain’s relations with the rest of Europe; and an anxious Parliament, eager to have its say, but sucked into confrontation with the government … END_OF_DOCUMENT_TOKEN_TO_BE_REPLACED

Today’s blog about the Chartist Petition of 1842 is part of our focus on wider electoral and political reform throughout this significant anniversary year in women’s political history – for more blogs in the series see here. The following blog has been written by year 10 work experience student, Layla Barwell from Dartford Grammar School for Girls. Layla spent the week with the public engagement … END_OF_DOCUMENT_TOKEN_TO_BE_REPLACED

Today’s blog from Dr Robin Eagles, Editor of the Lords 1715-1790 Section is in keeping with our theme, health, medicine and Parliament. This theme is particularly significant this month as last week in the UK we celebrated 70 years of the National Health Service. Robin considers medication and wellness practices in the eighteenth century… In the summer of 1726, the Princess of Wales wrote to … END_OF_DOCUMENT_TOKEN_TO_BE_REPLACED

This blog looks at how the History of Parliament has been involved behind the scenes with the Voice and Vote exhibition which opened in Westminster Hall last week. Dr. Philip Salmon and Dr. Kathryn Rix of the Victorian Commons project share their contributions to the reconstructions of the ‘ventilator’ and the ‘cage’, where women could listen to parliamentary debates in the nineteenth century, while Dr. … END_OF_DOCUMENT_TOKEN_TO_BE_REPLACED

The History of Parliament
Blog at WordPress.com.